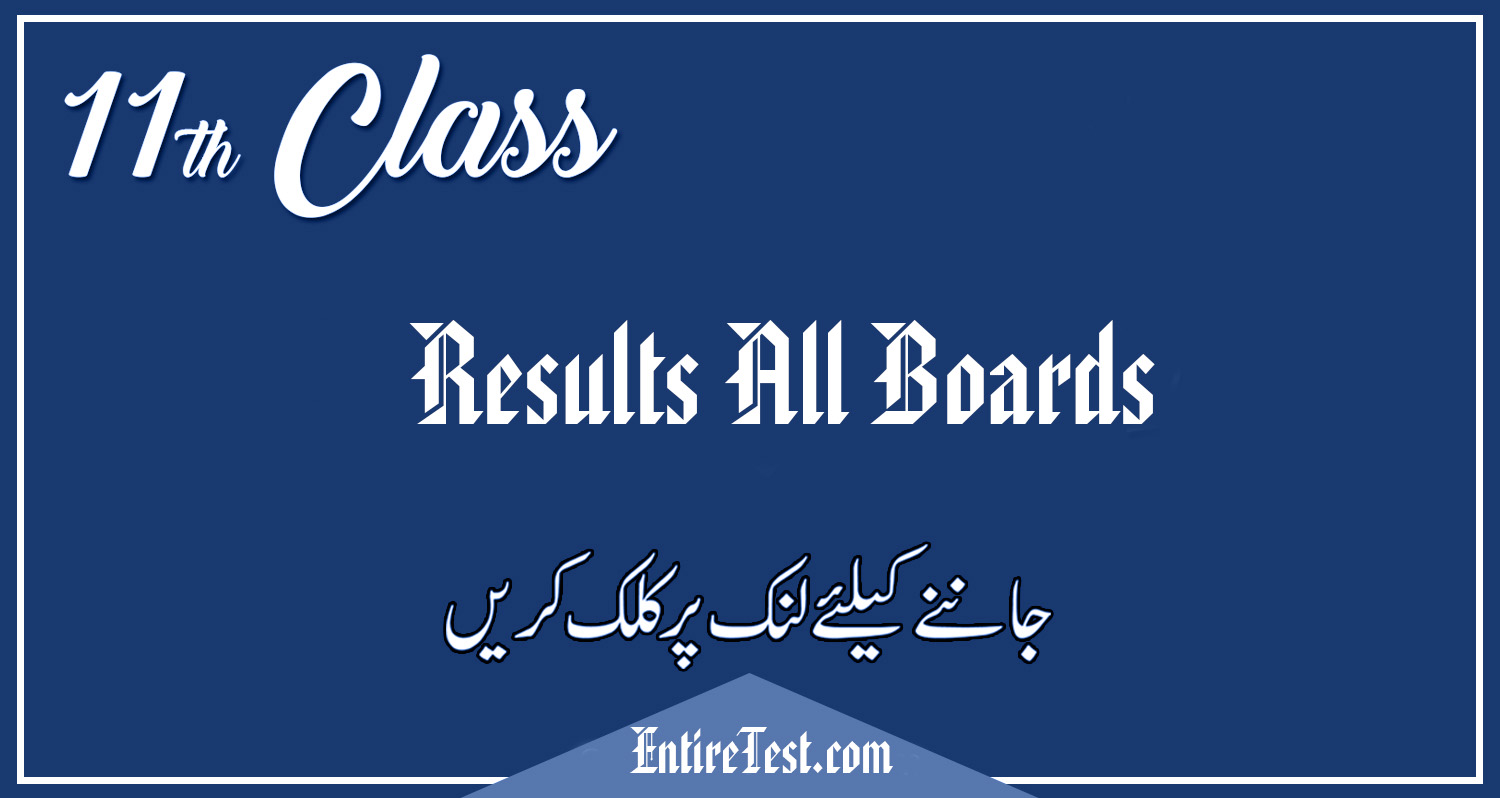 This year the annual exams of all Punjab Board had delayed their papers due to Covid-19. So, the exams could not be conducted according to the usual date sheet.

According to board authorities, it is confirmed that the papers would conduct. And every candidate would appear in his final exam. Otherwise, he will consider failing. This year the annual exams were late so the annual result will also be late. The candidates must check the issued examination schedule and prepare accordingly.

Overall all Punjab boards have the same criteria for the declaration of the final result of first-year result 2021.

The first year result is going to be announced very soon according to all educational boards of Pakistan.

All Pakistan educational boards take two to three months for the declaration of the 11th class first year result. Students searching for the result of BISE Punjab 11th class and other BISE Boards.

According to the latest news, 11th-year exams would be conducted after 10th July 2021. The date of first year result is not confirmed but the result will be announced in September 2021. The minister also said to all board that’s the exams would be conducted according to ALP. And the result would also be announced on time. So, that the students can continue their studies without wasting any time.

The exams would be conducted according to this pattern. Because the schools close any time and the students do not focus on their studies due to this disturbance. That’s why some Elective subjects are selected for exams.

The intermediate groups has the following Elective Subjects.

All Pakistan Board announces the result on the same day. In the Punjab Board total of nine BISE Boards are included, Sindh has Six Boards, KPK has eight boards and Bloachistan has two boards.