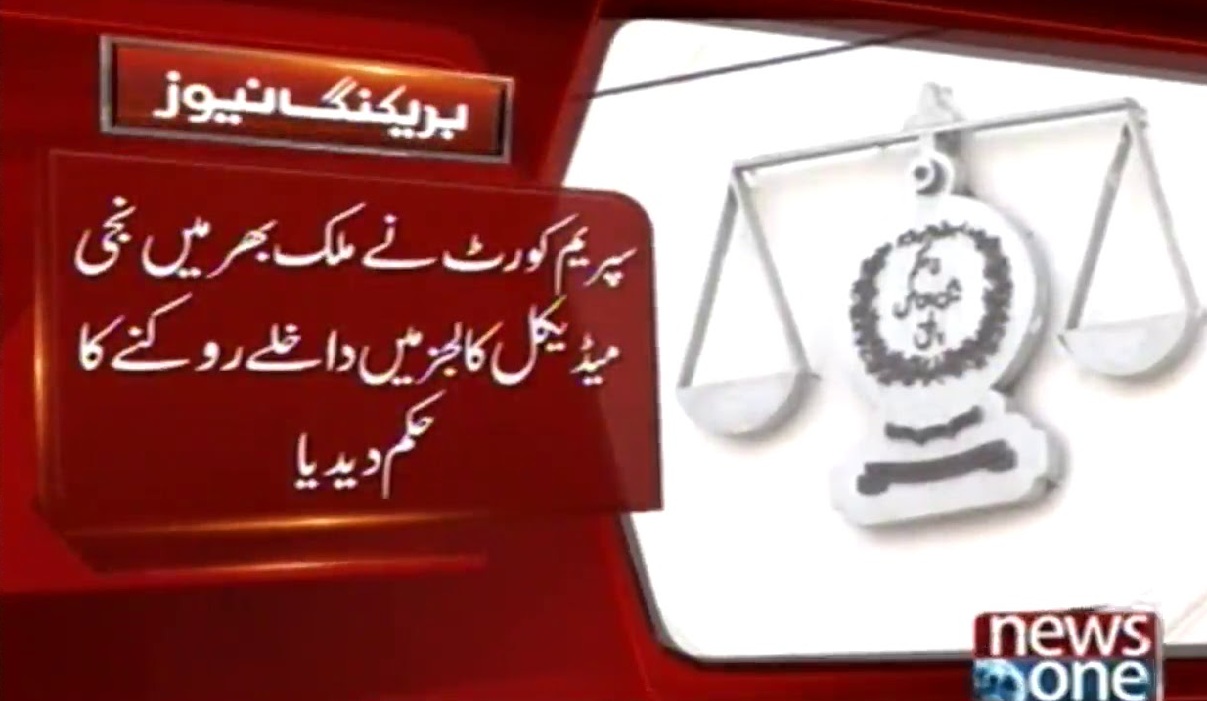 The Chief Justice “Mian Saqib Nisar” of Pakistan given a notice in the court of Islamabad that the Private Medical will hold close until they fulfill the policies which they are given. This notice is mainly given because of the high fee or payment which the private medical Collages are demanding from the students. These colleges are not allowed for requiring more amount than written in the policy. Along with that the Supreme Court also gave the order to receive detail description report from (PMDC) Pakistan Medical and Dental College. The Chief justice has acclaim that the fee should be according to the policy which is given to the Medical Colleges. And it is also declared that the cost of the students will not be more than 8 lacks 50 thousand. Along with that, the admission fee will also be very efficient.
These institutes have increased not only their fee structure but also the admission fee a lot in these past years. Not only this they also demand donation for their institute and give the seats of the deserving person to the rich kid. Along with this, another big news is that the Chief Justice announce that these activities are not performed is not against the Medical Collages but it for the betterment of the students and the fee system. (DG FIA) Federal investigation Agency also said that they had recovered an amount of 745 Million from these Medical Collages. FIA (Federal Investigation Agency) give all of this massive amount of 745 Million to the students.
Along with this, the main thing is that which Mian Saqib Nisar have to declare that the collages admission will be close and it will not be open until the policy is full filed. The exciting news in that is the Supreme Court will not listen to any person until 23 July. An official statement came on Monday that the PMDC (Pakistan Medical and Dental College) have to make a report and send it to the Supreme Court. This report includes every detail of the admission criteria of all the Private Institute of Medical and also the fee structure which they are giving to the student. With this, the admission fee also includes in it of each Collage. The fabric is also of the regular and also of the self-student along with top thing like donation through which most of the seats get fixed.
One of the main advantages of doing this is that the rich kids or rich brats which reserve their seat with giving donation get eliminate. Because of the fixed fee which going is recommended to be 8 lack 50 thousand and this will benefit the deserving people a lot. The student who is getting seats on reference basis also has to pay a hard time from now and going to need to work hard like all students to make their admission in the institute.