Get CSS Physics Notes For Preparation 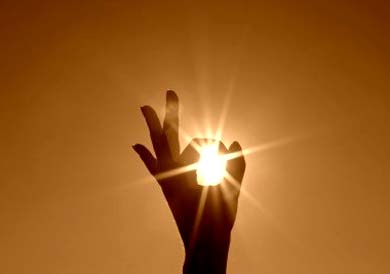 Get CSS Physics Notes For Preparation

This subject is the most complicated subject of all the optional subjects and get CSS Physics Notes. The majority of the students avoid picking this topic for CSS exams but in some cases, students must have to qualify the physics paper for preparation. Physics consist of two parts i.e. part I and part II. However, there is a technique to attempt the paper and qualify the exams for CSS. Don’t just depend on the books recommended for CSS exams as there are lots of other ways to try the paper in the CSS Exams.

Get CSS Physics Notes For Preparation 2019

It is a branch of science deals with the energy and matter to study the interaction between them. It analyses scientific laws with relation to kinetics and energy. It helps us to examine the working of nature. Physics is an ancient discipline and linked with chemistry, biology, and mathematics. Research in Physics has contributed lots of help in advancing and technology. It has provided to discover new inventions in our society such as the computer, TV, and weapons for the defense of the country.

This is an important subject for the CSS exams, and it can get you huge score in the paper that ultimately will increase the chances to get a top spot in the exams. There is another thing students should keep in their minds about the subject that it includes a wide range of topics and covers some portion of everyday science. So, if you prepare for physics paper, you get help in daily science subject as well. There are many sources available to make for physics and students have to build a strategy to attempt the paper for the CSS Exams.

What to Do With Degree?

It is the fact that having prior knowledge of any subjects helps you to understand it in a better way. If you have a professional degree, then you will get a lot of aid in preparation for Competitive Paper. Learning basics of the subject and getting a hold on the subject is crucial for the success in the exams. It is important to mention here that if you have previously studied this subject, then you should opt it for the CSS. Otherwise, it will take you a lot of time to prepare for the exams, and you don’t get sufficient time for the preparation of Competitive Paper.

There are numerous branches of physics and students should get in touch at least all of these for the preparation of Competitive Exam. Some of the important branches of CSS are listed below:

How Can We Prepare Physics For Competitive Exam?

You can’t cram the subject to appear in the Competitive Exam and just write down all the answers in the paper. Competitive Exam paper consists of objectives and subjective questions. Students must be prepared for both of the parts to qualify in the exams. Get CSS notes for preparation and solved past papers to get an idea of attempting the paper. Prepare topics in depth so that it can help you to attempt both objective and subjective part of the paper.

Students need to be very specific when it comes to preparation for CSS Exams. They need to understand the important concept to answer the questions effectively and make their own notes to gain more knowledge about the subject.