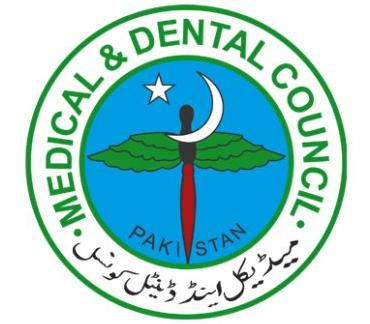 Medical Sciences is far most one of those degrees which have lots of scopes nationally and internationally. People mostly want to get their hands on degrees like Medicinal or Dental or any other which involve the relevance to medicine.

Most probably, being known as a doctor having a medical program degree is a motivational thing to bear with. It is a respectful, enjoyable and wealthy profession but it takes a decade to become a successful medical professional.

Taking these things with the flow, people still want to go and set their minds into choosing these medical Programs. This has relentlessly become a very fascinating thing for the students to choose biology in their intermediate education and further make themselves able to do extraordinarily well in order to be eligible to get admission into a worthy medical college or University.
It totally becomes a very unjustifiable task for some of the students to make or pay their fee which is extremely heavy and a high-grade thing. They somehow manage to put their financial and growing needs aside in order to pay for their educational finances. But when these payable dues increase that becomes extremely difficult for them to even survive with such high bills. Same has been done for the people who want to go into medical profession as a freshman.

Which College is best for BDS?

We are going to provide you with such information which the Pakistan Medical and Dental Council decided to make their dues increases in terms of Registration bills. Review of the task below in order to get fully acknowledge about the given circumstances.
Pakistan Medical and Dental Council (PMDC) Increases Registration Fee for Medical Students
As you can interpret from the above-mentioned heading. It is highly genuine content-full news that the board or council of Pakistan which serves in medical and dental services has increased the registration fees for the students who are applying for the admission in a new manner or are fresh in joining the medicinal business. This will not only disturb the obliging of the financial pockets of the candidates but also the emotions of the students who cannot afford.
Moving towards the real take here. The Registrar of Pakistan Medical and Dental Council named Dr. Wasim Hashmi has signed a notification which was dated March 27 which states that the council has approved a revision in the candidate’s registration fee.
The dues which were previously demanded in the public sector colleges for undergraduate candidates was PKR 3000. Now the amount will be equivalent to the registration amount which will not be less than 3000 rupees. In other divisions like the private colleges the amount to get registered previously was PKR 3000, now it will be taken at least Rs5000.
Although it has been announced and stated in the notification that these revisions of registration will be applicable from 2020 to 2021 sessions. It is not clear yet if it will increase more in the upcoming years of the candidates or not. It will be announced in the upcoming years whether they want to increase it more or not.
These were all justifiable details which we wanted to share with the people who are looking forward to becoming a doctor in the future. Please read it thoroughly because it might come in handy in the upcoming days of life.